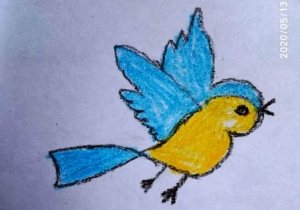 Two little sparrows were playing in a garden, they were friends, and the garden was their daily playground.

One morning, while they were playing, a crow showed up.

“You little creatures cannot play here anymore,” he told them.

The sparrows had never heard of something like that before. The garden was their second home, where they played freely. Never before had they seen the crow there.

“We are just playing,” one of them told the crow, who was not in the mood to let them be.

“If you want to play here, you will have to follow my rules,” he commanded. 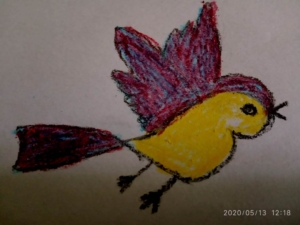 The sparrows stayed mum. The crow was bigger in size and his intentions were not good. They didn’t dare enrage him.

They quietly went home. They didn’t say anything to anyone, because they both believed that the crow was probably not going to be there.

But that didn’t happen. When they reached the playground the next morning, the crow was already there. The sparrows wanted to fly away to their home, but he blocked their way.

“You will stay here and play. This is my first rule and you dare not disobey me,” he said.

The sparrows were terrified into submission. They didn’t want to play, but the crow forced them to stay. They just wanted to fly and never return. 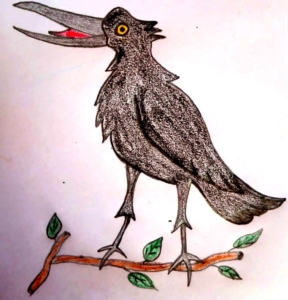 The black creature was enjoying the authority he had suddenly gained over the sparrows. And he didn’t want to let go.

He made them bring him water and amuse him by telling him stories. When it was late enough for the sparrows to leave, he ordered them to return the next day.

“I will teach you a lesson if you disobey me,” he told them.

The sparrow left for home with a heavy heart. Many days passed like that. The crow was getting more and more authoritative.

“Tomorrow you shall bring me tasty food,” he ordered them one evening.

The sparrows didn’t know how to meet the crow’s demand without stealing at home. So at night, one of them got up to steal food for the crow.

But the noise woke up her parents.

“Are you hungry?” asked her mother.

“What are you doing here then?”

The sparrow kept quiet for some time, and then she broke into tears.

“What is wrong?” asked the mother, pulling the sparrow closer.

She told her mother the whole story.

“We didn’t know whom to tell all this. We were terrified,” she said.

The mother listened patiently, and said, “You shall never hesitate from sharing things with your parents. We are always there to help you.”

The parents flew with the two sparrows to the garden. Seeing so many of them coming, the crow understood he was in trouble.

He flew away and never returned. The garden was again free for the sparrows to play in.