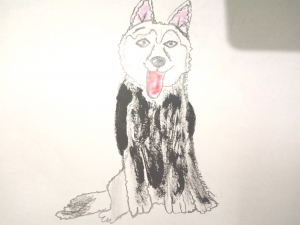 A cute black dog lived in a street by the market. The street was his home, where his parents and grandparents had lived before him.

To the people there, he was like their pet. And he was adorable indeed, with fur all over his small frame. He was free to walk into any house or park.

Just when everything was going fine in his life, three muscular dogs cast an evil eye upon his home. They were rogue, in search of a comfortable house. They wanted all the comforts his street offered, but they didn’t want to earn it; they wanted to grab it by misusing their strength.

They schemed. One dark day, when everyone was busy in work, they attacked the street and cornered the black dog.

Terrified by their size and ferocity, he couldn’t muster courage to fight back and defend himself. He surrendered.

The black dog was forced to leave his home.

He was defeated. Nowhere to go, he crossed the bridge and walked into the isolated park across the river.

It soon turned dark and cold. The moon came up in the sky.

The dog was missing his home. He curled himself under a tree and fell asleep. 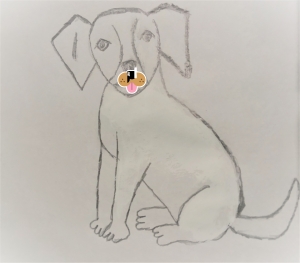 Soon, he woke up to barking from a puppy. The park was his home.

“You cannot sleep here. This is my home,” said the puppy.

The dog was shocked to see the little puppy bark at him.

“I just came here. My home has been stolen. I have nowhere to go,” he replied.

The puppy didn’t seem to care about it.

“But this is my home. I cannot share it with you,” he said.

The black dog got up to walk away, but he could not help but ask the puppy the source of his strength.

“I am bigger and stronger than you, yet you have the courage to face me,” he told the puppy.

The puppy replied, “There is no doubt I am small, but if I do not fight for myself, I will be homeless like you. I just stand for what is right; courage comes to me automatically.”

The black dog got his message. He had to stand up for what is right.

In the morning, he walked back into the street.

The intruders came running towards him, but he didn’t flee. He stood his ground and looked them in the eye.

“This is my home and I am taking it back,” he announced.

His strength surprised them.

Seeing their pet back, the people came running to his support. Together they attacked the dogs, who escaped just in time.

The black dog was hailed as a hero. More importantly, he earned his home back and the courage to defend his right.